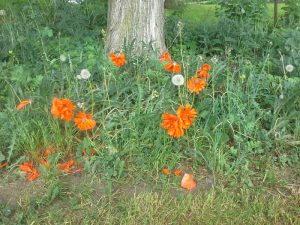 I have a love/hate relationship with cost-cutting managers. I love it when public sector managers are trying to cut costs but I dislike how all too many managers go about the process. Rather than reducing expenses by improving quality, customer service and productivity, many managers attempt to achieve their goal through parsimonious penny pinching.

I vividly recall one manager with whom I worked in a public sector organization during the late 1990’s. When he was hired, he immediately demonstrated his business acumen by cutting the cost of toilet paper, paper towels, soap and copy paper. The copy paper was so cheap and flimsy that it constantly jammed and broke the copiers. Employees in his office brought in their own bathroom supplies rather than using the stinky soap and sandpaper he was able to save money on.

While Inspector Clouseau was investigating the best deals on toilet paper, there were dozens of malingering FTE’s twiddling their thumbs and failing to make any sort of significant contribution to the organization’s mission and bottom line. Many of those worthless FTE’s worked under his supervision. While he was carefully counting pennies, thousand-dollar bills were flying out the window and floating away like autumn leaves. He made no attempts during his tenure to improve productivity through automation and good management.

The facilities department under Inspector Clouseau’s control was a textbook example of abysmal management. The maintenance staff ostensibly worked from 7:00 to 3:30 with a 30 minute lunch break. They would show up at their shop at 7:00, clock in, drink coffee, stand around and gab for 30 minutes and then head to their work site for the day, generally getting started at or after 8:00. The first break came at around 9:00. There was a high probability they wouldn’t have the required tools or parts, so they would have to run back to the shop or the hardware store to pick something up. At 10:30, they would break to go back to the shop so they could “wash up” and punch out for lunch at 11:00. At 11:30 they would return the shop and gab for a while longer, then arrive back at the day’s worksite by around 12:30. A 30 minute lunch break routinely consumed 2 hours. On a good day, the staff would get in 2 hours work in the afternoon before heading back to the shop for 30 minutes of gab time until they punched out at 3:30. They were all paid for 8 hours but likely only produced 3.5 hours of solid work at best. Even the simplest jobs required at least 2 employees.Cheap toilet paper was more important than productivity.

Another public sector manager with whom I worked a few years later was a much more competent personnel and project manager, but he also had a tendency to squeeze a nickel until the bull pooped. He and I had a lot in common: we were both army veterans and we got along well. When he came on board, he cut back on the process automation work I was doing and also deferred a great deal of public works maintenance. He looked like a hero for the first couple of years and then moved on. Pure cost cutters never last long – all the deferred maintenance catches up to them. That contract turned into an amazing bonus for me after he left. Three years of Information Technology and business process work that should have been performed routinely had to be caught up under the new manager. That poor sap ended up looking like a spendthrift.

My father was a cost cutting manager, which is what he was taught in Business School in the 1950’s. He is 86 now and we still engage in spirited arguments (fights) about the value vs. cost equation. From the 50’s until the 1980’s, American managers were focused primarily on controlling costs while Japanese manufacturers were slowly building a production juggernaut based on quality. They kicked the crap out of us in quality and productivity. W.E. Deming published Out of the Crisis in 1982 and described a new vision for American Management. In the preface, he summed up the situation pretty well:

The basic cause of sickness in American industry and resulting unemployment is failure of top management to manage. He that sells not can buy not. The causes usually cited for failure of a company are costs of start-up, overruns on costs, depreciation of excess inventory, competition—anything but the actual cause, pure and simple bad management.

Many manufacturers have adopted Deming’s approach to the improvement of quality in production and services, but few public sector organizations have taken the plunge. I have worked for over 200 organizations during the last 25 years and many are still in the 1950’s when it comes to business processes and customer service. While the rest of the business world has reengineered service delivery models, many government organizations seem to be focused on the convenience of their employees rather than the needs of their customer base. One still has to take time off of work to do business with a government agency since most of these agencies are open only from 8-4 or 9-5 on weekdays. Even the medical profession, a recalcitrant industry if there ever was one, has adopted new business models such as 7X24 walk in clinics.

In 1992, a few years after getting out of the army, I was in graduate school at the University of Texas and working for a Fortune 500 company. It was there that I was able to see how Deming’s concepts were implemented in the real world. The company was revamping all their processes and retraining staff in order to improve quality and productivity. The results were impressive and the project had the complete support of executive, senior and middle management. It worked.

A few years ago, I worked with an amazing executive who undertook a project to improve business processes in her public sector organization. She was a committed manager who worked closely with her staff to examine every aspect of the operation in order to identify workflow problems. Rather than setting arbitrary targets for FTE reduction and concerning herself with irrelevant costs, she focused solely on process and quality improvement. By the end of the project, she had reduced staff by 35% (almost entirely through attrition) while improving productivity significantly. That’s what good management looks like.

Is your organization performing at its best? Please e-mail me at jmorgan@e-volvellc.com if you would like to discuss modernizing your business processes, or if you just want to talk about anything else.