Goodbye to all that! 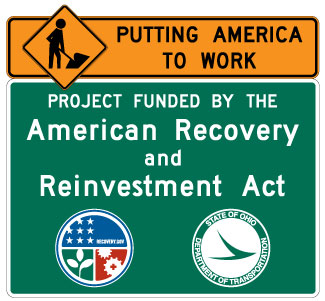 Birdie’s front leg was broken in two places when I found him on the side of a dirt road just three days after the 2008 election. I knew he was a sign of one sort or another — a guardian angel in the form of an English Shepherd.

I boosted him into the back seat of my car and took him directly to my vet. He had been abandoned; apparently part of the huge pet dumping that was one result of the 2008 financial crisis. When I brought him home, my wife immediately threatened divorce, but that saga wouldn’t really begin for another 18 months or so. 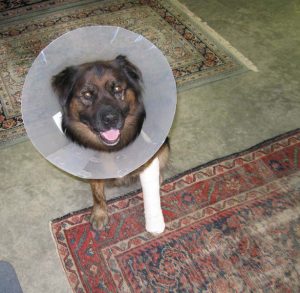 Driving back and forth to Penn State with Birdie in the back seat, my son and I watched one manifestation of the financial crisis play out in slow motion. What were once numerous, prosperous car lots became spooky, empty, and deserted over the first two years of my son’s college experience. By the time he was a junior, almost every car dealer on the five-hour round trip had gone out of business. Remember ARRA, cash for clunkers, shovel-ready jobs, and other dubious programs of the time?

A few months after I adopted Birdie, my mother was diagnosed with Melanoma. She was 79 but would probably have lived a few more years had she been diagnosed sooner. This was all happening during the debate over the Affordable Care Act. Maybe debate is the wrong word. It was more like a violent assault that has left us all with an incurable STD.

My mother passed away at home in the summer of 2009 and a few months later, my youngest daughter and I went to our first protest in Washington on September 12. I had never before been interested in attending such an event, but the arrogance, petulance and condescension on display at the White House made me determined to show my support for the resistance. It was exciting to peacefully demonstrate with hundreds of thousands other Americans. Unfortunately, that was one of the few peaceful protests of the last 8 years. 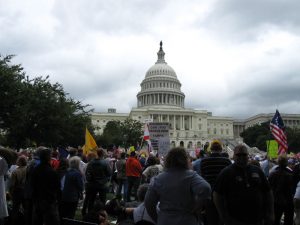 The ACA, and virtually everything else to come from the administration over the last 8 years have been disasters in every way. Problems that required careful engineering and a screwdriver to fix were instead addressed with jackhammers and explosives by dishonest, sleazy politicians with bad intent.

In 2010, while the stitches that held my marriage together were rapidly dissolving, my father required a triple bypass. The outcome of that medical emergency was a great success. The whole family was home for the Thanksgiving holiday and at the hospital when my father woke up from an attempt to put in a stent. The doctor explained that he had to have surgery immediately, because he “might not survive a trip to the parking lot.” My father asked, “Can I think about it for a couple of weeks?” It was a 10 days before he was able to leave the hospital again, but he is still going strong at 87. 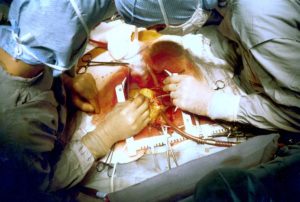 2011 ushered in a couple of horrific years of brutal divorce litigation that became a full-time job. There was even an additional year of litigation after the divorce was final! My children were all adults and vanished into the military and the divorce became final at the end of Obama’s first term.

My whole life had changed radically and catastrophically during Obama’s first term and would continue to change rapidly in the second, but Birdie was still watching over me.

At the end of the rainbow

I met my new wife just as my divorce was finalized and started working with her soon after the inauguration in 2013. I was instantly captivated and smitten. She is my pot of gold at the end of the rainbow and the most valuable treasure on the planet. It was during that time that the truth about Benghazi began to emerge. 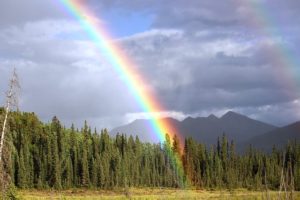 It is difficult for me not to associate the upheaval in my own life with what has happened in the political arena during the last eight years as new political outrages seemed to pop out before the last ones were finished. We are currently stuck with a high U6 unemployment rate of 9.20%, historically low GDP growth, and racial and cultural divisions that have been significantly exacerbated by the President. Instead of Hope and Change, we got an angry, bitter demagogue with the worst case of Narcissistic Personality Disorder ever seen.

My wife and I have been living in a bubble on the longest honeymoon ever during the last couple of years, so I have been less aware of the outrages coming out of Washington. However, I am optimistic about the next eight years in my personal life and I am at least hopeful about the next 8 years for the country.

Birdie is still with me, too. He is deaf, has cataracts, and his bladder is considerably weaker than it was just a few short years ago. He sleeps almost all the time now and snores loudly. He and I are both looking forward to getting off Mr. Toad’s Wild Ride.

Thank God these eight years are almost over! In spite of the good things that have happened to me personally, the negative impact of the last 8 years will haunt the country for years and maybe decades to come.

Goodbye to all that, good riddance and let’s hope the next 8 years are more fruitful for everyone.