Stoners in the workplace 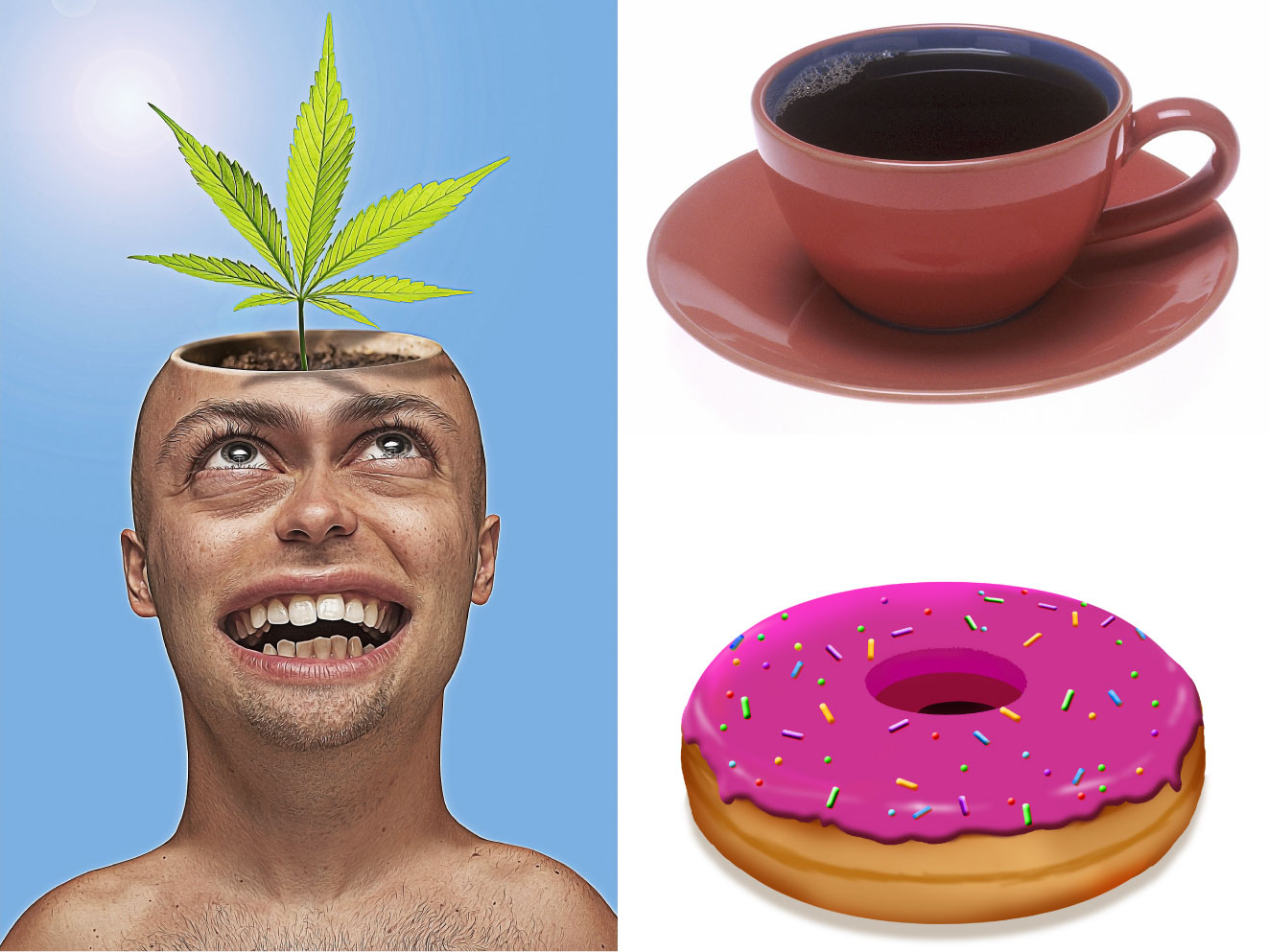 Stoners at the donut shop

It’s maddening. I pull up to my local branch of a national coffee and donut chain and here’s how the conversation goes.

For Christ’s sake! They take coffee orders for a living and can’t even get a two-item order right.

Blame it on weed

I blame it on Pot, Reefer, Ganja. How much marijuana do you have to smoke to make your brain function that poorly? All over the country, though, legalized marijuana is being pushed hard by pandering politicians. How will legalization affect society, commerce and the workforce, though?

In my view, no one should ever spend a single day in jail or prison for possessing or using any substance whatsoever. Certainly, no one should have a felony conviction because of this behavior. If you are committing other crimes to feed your habit, though, they can lock you up and throw away the key. Substance use, abuse, and addiction are not excuses for criminal behaviors like property crime and violence.

Just because I don’t believe in incarceration of drug users doesn’t mean that I think using drugs is a good idea. On the contrary, it’s a horrible idea. My wife is a behavioral health executive and former substance abuse therapist and she finds current trends like marijuana legalization and “safe” injection sites to be alarming. She sees the human cost of substance abuse every day and has a difficult time seeing the issue from the libertarian point of view. She has some good points and we both agree that prevention and treatment are better solutions than arrest, incarceration, and permanent criminal records that marginalize people’s lives forever.

Drug-related vehicle accidents now kill more people than alcohol-related accidents and the problem is continuing to get worse. Currently, there are no national standards for measuring drug impaired driving.

Cost of the drug war

However you look at it, the drug war has been an unmitigated disaster. The DEA’s budget alone is around $2.9 billion a year and they employ nearly 10,000 people. I don’t know what the hell they are doing with all that money, but I am pretty sure it would take me about 15 minutes to figure out where to go buy drugs if I wanted them. With the cost of incarceration and all the other federal, state, and local agencies involved, the drug war costs about $80 billion a year and well over $1 trillion has been spent on it since the 1970s. We seem to have little to show for it except for a lot of people in jail and prison for victimless crimes.

The drug war has created an all-you-can-eat feeding trough for the entire Government Drug Industrial Complex that includes law enforcement, correctional officers, judges, social workers, probation officers, case workers, therapists and other well-paid public sector employees. Additionally, attorneys, private prisons, pharmaceutical companies, drug testing companies, and a host of other private organizations are also sucking at the public teat but doing little to actually win the war. There is simply no incentive to do so. Politicians and lobbyists for the $80 billion industry are no doubt keen to keep the feeding frenzy going. 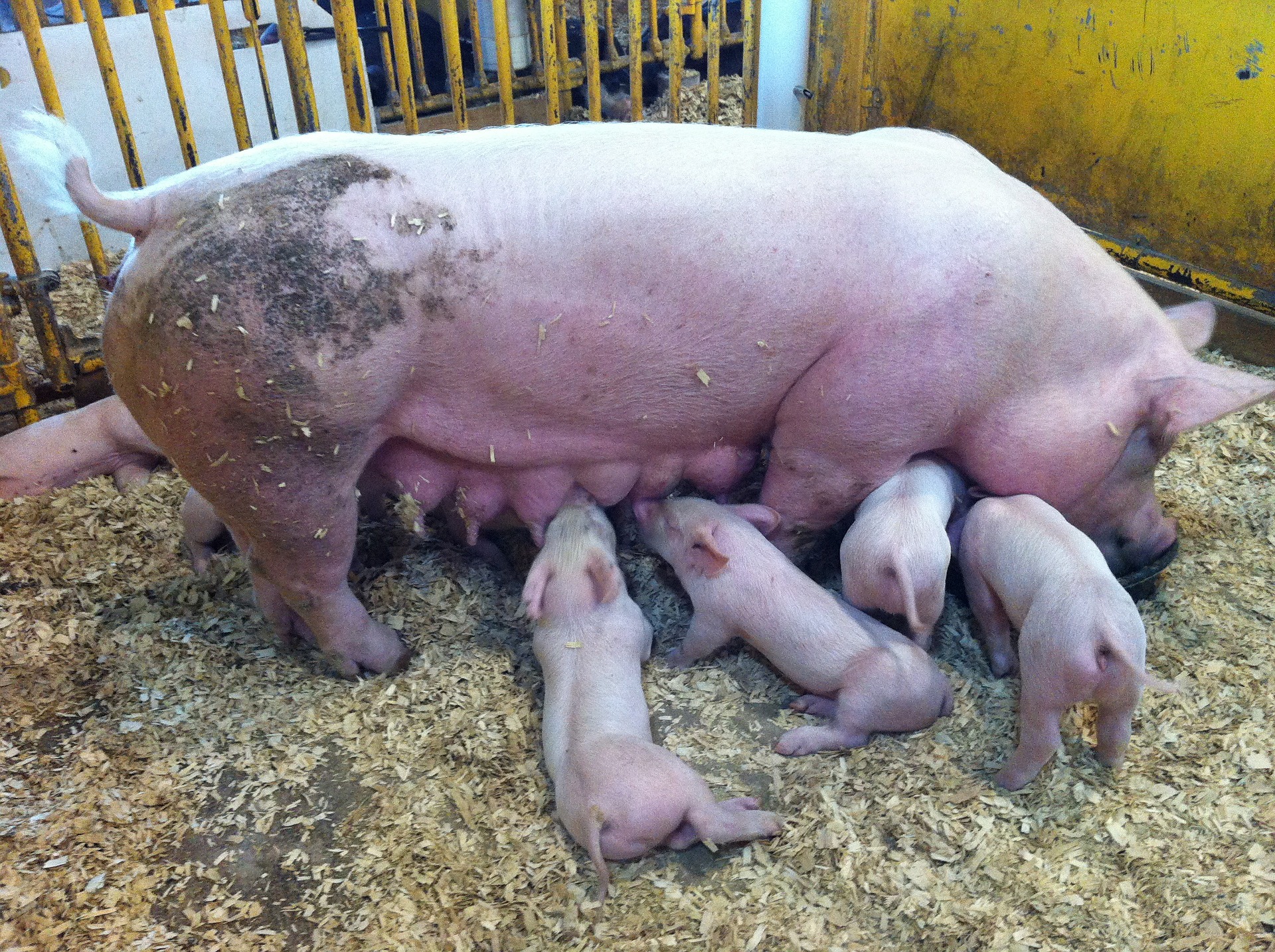 Sleazy politicians across the entire political spectrum all love the drug war. From the tough on crime, “Let’s hang ‘em all” district attorneys and judges to the “free tuition, legal pot, and Medicare for everyone” socialists, it’s a win-win from the point of view of getting elected.  States like California, while requiring drug free workplace certifications from vendors have legalized marijuana. While smoking pot may be legal, you won’t be able to get a job with a company that does business with the state. How much sense does that make? 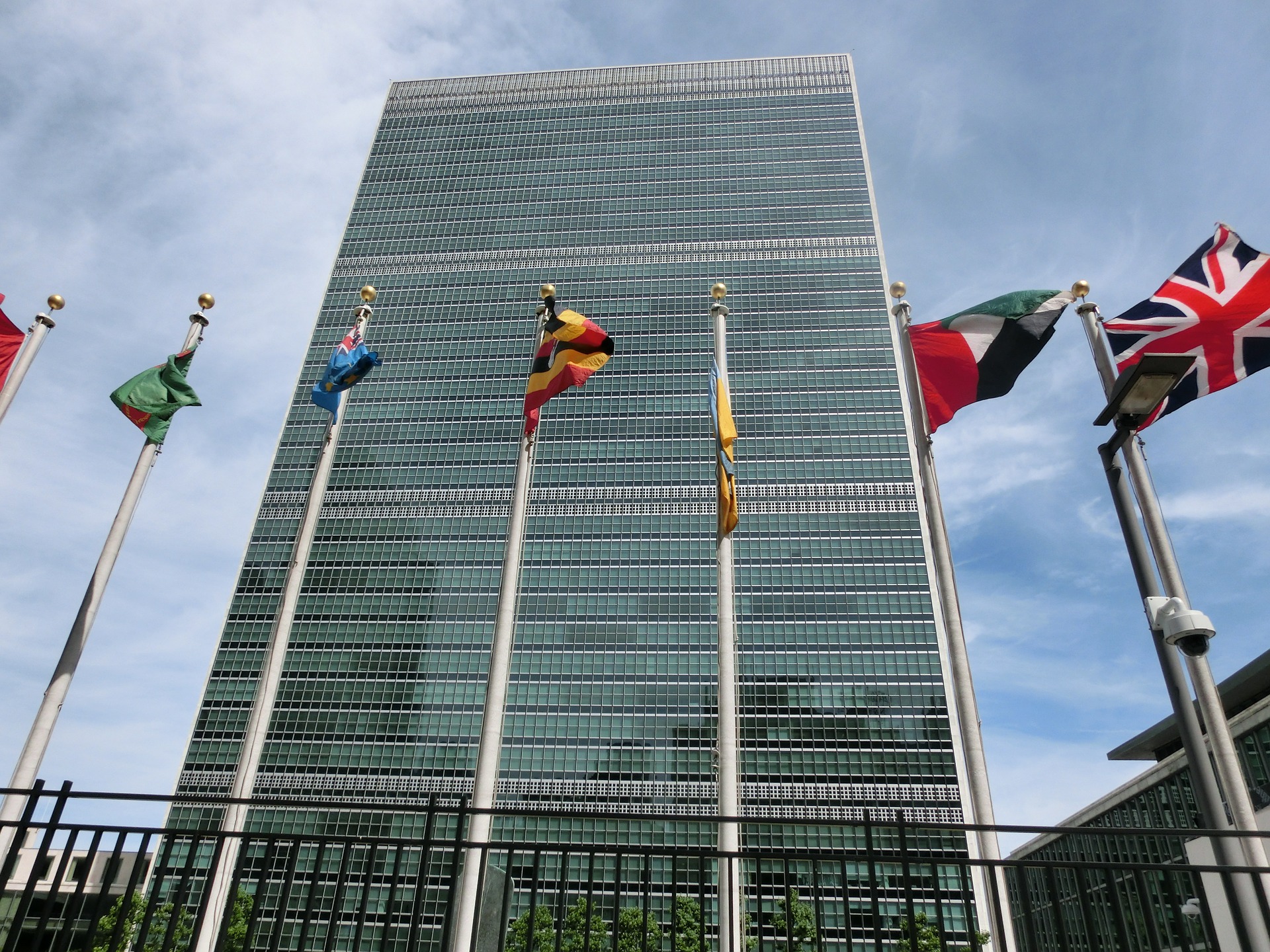 The drug war in the US is small potatoes compared to the international illegal drug trade which is estimated to have a value of more than $500 billion annually. How much of that money makes its way to politicians to maintain the status quo? It’s enough money to buy entire third world governments with plenty left over to influence policy in the western world.

Many people think that corporate leaders are akin to the worst criminals in the history of mankind. However, I know of no incidents of corporate executives cutting off heads, cutting out hearts, and chopping rivals into little pieces. I would much prefer a transparent, corporate drug trade to the system now in place. Again, there is no incentive to change this. $500 billion can buy you a lot of politicians. Open, legal drug trade would change the production and distribution landscape entirely and those profiting from the illegal drug trade, whoever they are, won’t give up their golden geese so easily.

The drug war has cost us all our freedom

In addition to the human casualties of the drug war, we’ve all lost our freedom. Civil asset forfeiture, DWI checkpoints, and stop and frisk policies should be anathema to every American citizen. That we are not all joining hands to end these affronts to freedom is the inevitable result of a poorly educated population that believes rights come from the government. Few Americans have even a basic understanding of Constitutional rights and far fewer understand the concept of natural rights.

Drug addiction is yet another form of imprisonment and politicians at the state and federal levels love to imprison their subjects – every one of us. Like 30-year mortgages, seven-year car loans, welfare, and six-figure student loans for worthless degrees, legal drugs will be yet another form of control the government can exercise over you. A stoned population is a complacent one and your new drug dealer will be the State. Like everything else run by the government, your legal drugs will cost a great deal more than the private sector version.

How drugs affect business and work

In many states, a felony drug conviction can limit your ability to get professional licensure as a barber or hair stylist. Do you really care if your hair stylist smokes pot?

I’m ok with baristas, hair stylists, musicians, screen writers and the like smoking pot or using any other substances they wish.  If they are too dysfunctional, I will simply patronize another business. Like excessive, visible tattoos and piercings however, drug use, even if legal, can and should limit your career options and this isn’t an example of the white patriarchy at work; it is common sense.

Who wants to be a passenger in a jet operated by a pilot who goes flying on Alaskan Thunder Fuck after work every night? I don’t want potheads operating heavy equipment, driving trucks, doing surgery, or performing any other activities where they may endanger other people and those employed in these professions should continue to be regularly tested for drugs that impair cognitive and motor ability. I don’t even want stoners doing data entry. Stoned, drunk, and hungover employees are bad for business.

Just because you can legally use, doesn’t mean employers have to hire you and tolerate your scrambled brains. At least not yet, but I’m sure some such legislation will be forthcoming. Employers already can’t inquire about criminal history in some states. What’s coming next and how will legalized drugs affect how work gets done in your business? Will you soon be forced to hire criminals and drug users and give them “equal” pay?

Another policy issue with liberal drug laws is the question of the welfare state. Do we really want to pay people to sit on their asses, smoke pot, and watch The View all day? Personal responsibility and accountability have to be components of liberal drug policy. Marijuana was legal until 1937 and opium was legal and freely available until 1909. Back in those days, if you didn’t work, you didn’t eat and for most people, work meant hard physical labor. Drug use and abuse resulted in serious personal consequences. It still does, but our social safety net allows for people to make bad decisions and choose marginal lives at the expense of their fellow citizens. If you want drugs, you damn sure better pay for them yourself. But, that’s not the way things work in our society now. Promising free stuff is a good bet at election time. 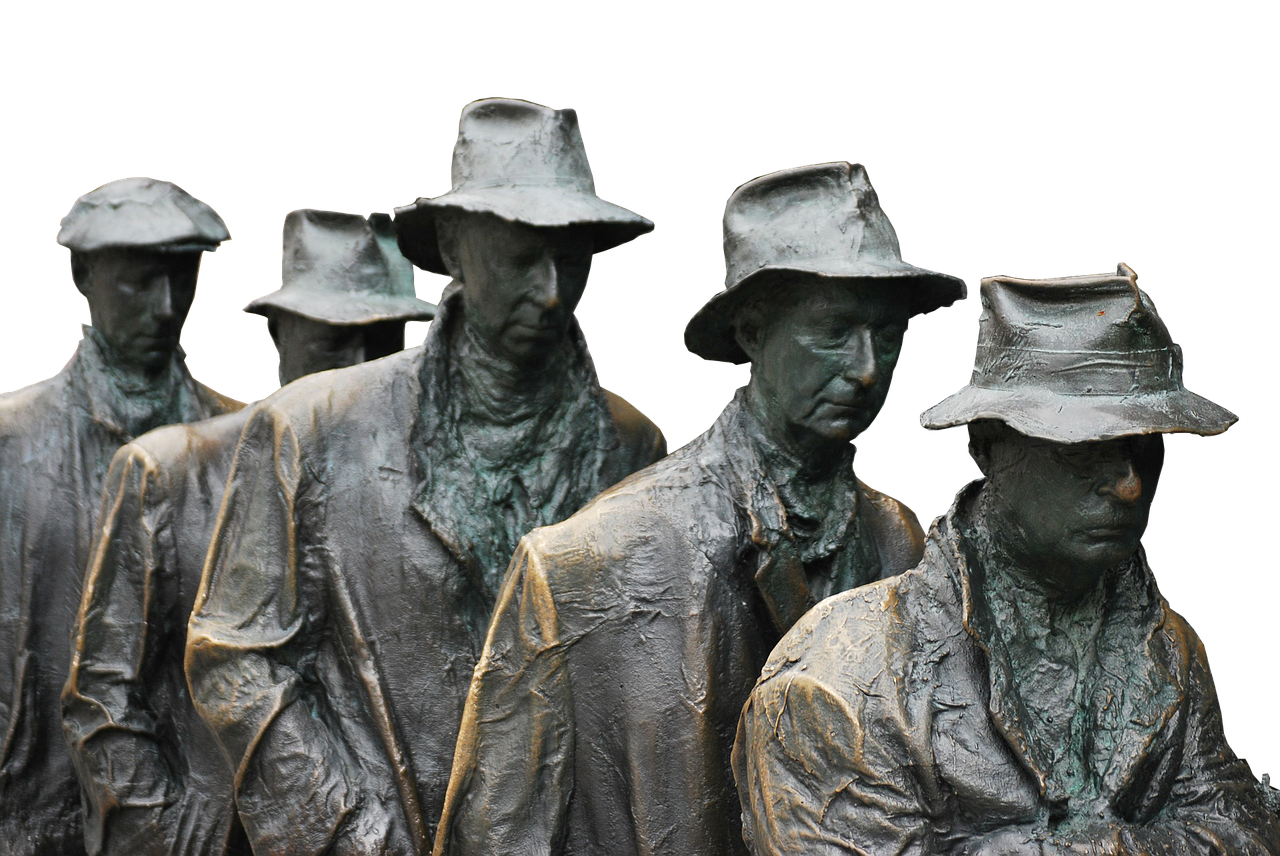 It strikes me that the logical next step after legalization will be to add marijuana to the list of entitlements and include it as part of the SNAP allowance. You can go to the grocery store, get your “free” munchies and pick up your “free” weed before you head back to your “free” apartment to Netflix and chill on your “free” Internet connection.

Many people point to Amsterdam as a paradise of enlightened policy. Have you ever been there? It’s a seedy place. Most Americans, even “social liberals” tend to be a puritanical and prudish group of people. The outrageous debauchery, open drug use, and overt sex trade in Amsterdam would offend the sensibilities of many, if not most Americans regardless of whether they consider themselves to be liberals or conservatives.  Hamburg, Berlin, Bangkok, and a host of other cities share similar traits. If you haven’t experienced the “night life” in these cities, it is something everyone should experience at least once. Most of us wouldn’t want this sort of behavior happening in our neighborhoods. 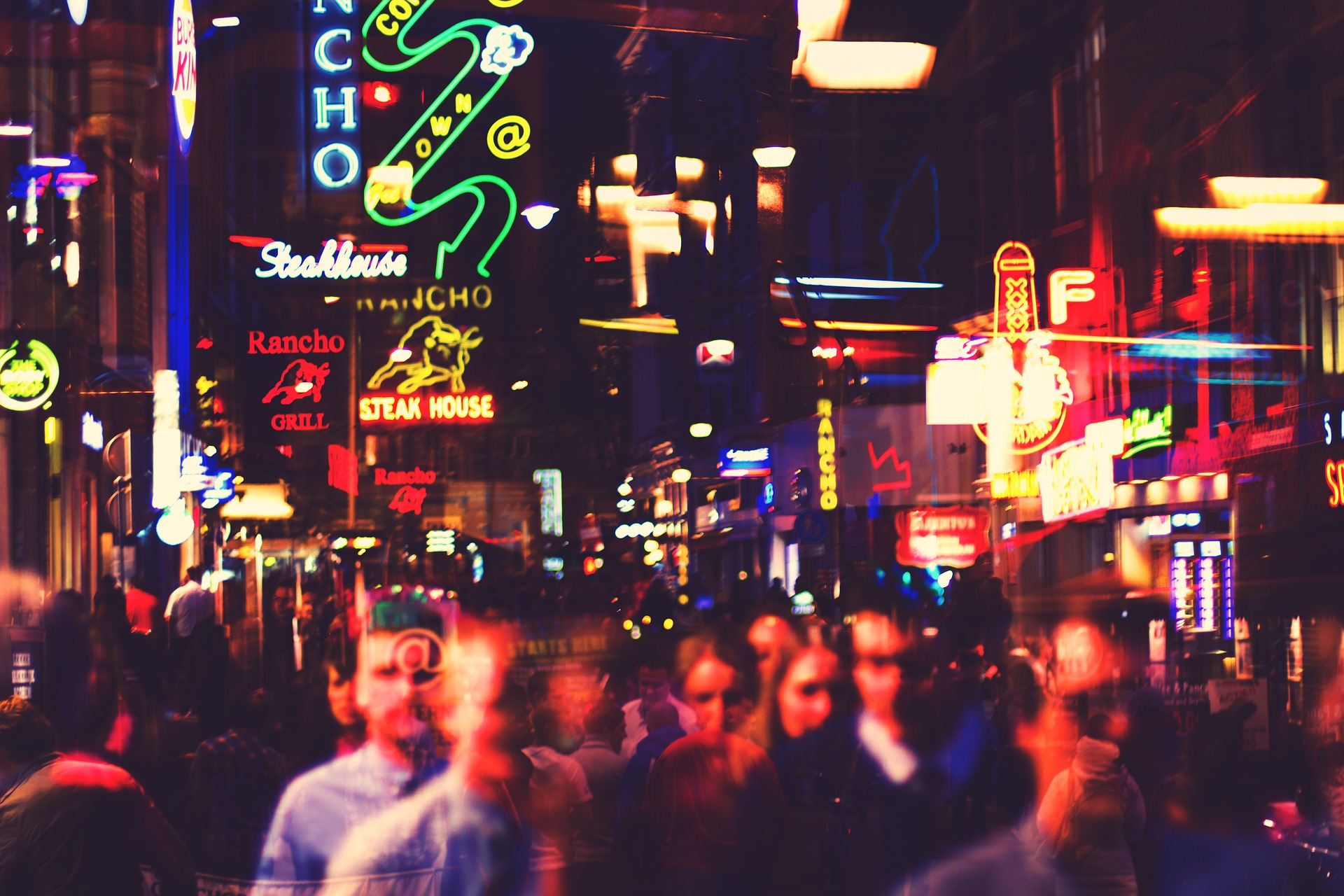 I have been an ardent proponent of total drug legalization for the last 40 years, but I know that it’s not all Unicorns and balloons. Drug abuse is a serious problem, but the drug war, at least the way it has been conducted isn’t the solution. Drug use isn’t a moral issue; it’s an issue of liberty and natural rights.